As exciting and interesting as the devices that are being released these days are, I plan on waiting until mid-2010 to buy my next device. Here's why: 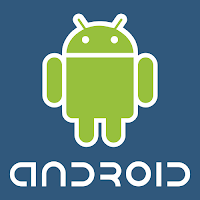 Android is still in its infancy and very fragmented due to the release of several different devices running mutiple versions of the OS.  Android needs a requirement that manufacturers must develop using the latest variation of the OS, or at least leave enough compatibility to enable Android OS upgrades to be pushed to the device as soon as they are available.  The manufacturer's lengthy development and re-skinning of the UI for each new iteration of Android, slows down the overall development of the platform and the speed to market of the OS.
It is abysmal that Android 2.1 is already free range at Google and many manufactures are still building devices with OS 1.5 at its core, and many of these devices may not be compatible with the future releases of Android. I understand bigG's strategy of keeping the OS free and open market and all that but developers are beginning to scream murder, because they desire to develop their apps once and have it work on all the devices out. Google seems to be saying to manufacturers that if you want to use the free stuff its going to be behind our newest version.  In that case, maybe bigG can build cross compatibility between all of its OS variations.
The software aside for a second, the other major issue, I have with Android, is that most Android devices today are just not quite powerful enough to make the most out of the Android OS.  In my mind I see Android becoming a full fledged OS that can be ran on a multifuntioninteldevice MID (I am dropping the moniker smartphone since it no longer applies to todays tech products, until I come up with a better name) a tablet and even a desktop or laptop device, enabling the user to keep all their information integrated on one OS. I think Windows Mobile and Windows may have been closest to this universality but we all know how that story ends.  Android's hardware in its current state cannot get us to that utopic vision, and so I will hold my breath and my wallet until 1ghz processor, 512 MB of RAM, and 16GB of internal storage are the standard. (Nexus One) I have a lot more to say on Android but for the sake of length, let's move on. 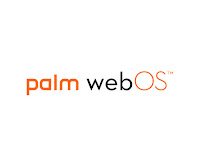 I like Palm, A LOT, and I want them to succeed and do well, I really do, but the Palm Pre and the Pixi just don't do enough out of the gate to make me a converter. I've spent significant time with WebOS and granted it is still an infant, it has a lot of potential. WebOS is currently being straddled with 3 major issues.
One, the hardware of the Pre and the Pixi are neither breathtaking nor revolutionary, although cute, they do not inspire consumer lust like a umm iPhone or even a Droid for that matter. The build quality of these devices is average at best but they house an above average OS and thus they needed to be above average as well. Suggestion: a 3.2 inch screen, wifi, world radio, 800mhz, 512 MB RAM, removable memory, 4gb internal.  This would be expensive to manufacture but would make a huge impact on the market and create instant respect for Palm. I would pay $249 for such a device, because of the OS underneath the hardware.
Two, although I can understand being loyal to your supporters is a strategic business move, but the rapid decline in Palm mindshare and stock price is partly due to its sales record, which is intrinsicly tied to its carrier pushing their devices. I've heard it argued that Palm may have went with Sprint to avoid the possible embarrassment of launching the device on a larger network and having it fail. If this is what happened then I can understand the reasoning but in todays market consumers are becoming accustomed to rushed OS's with incomplete functions because they expect the company to roll out updates within a month, early adopters have became the industries product testers, and I'm sure the manufacturers have access to the same blogs we all do. Hopefully by 2010 Palm will be serving more carriers with more devices and gaining more users.
Third, this is the age of apps, apps and more apps. Apps that can do anything the consumer can imagine, from keeping track of their favorite teams, to tracking the movement of their children or loved one, today apps are God, and Palm needs more disciples following it. I realy like the underground WebOS community, those guys have come up with a lot of cool tweeks and useful apps for the device that really make using WebOS enjoyable. To take advantage of their hard work, you will have to gain root access to your device and install some programs on your desktop, but the process can be done in an evening.  There in lies the problem, most consumers don't give a damn about an underground WebOS community and woud not be confident enough to go through with rooting their device. I know Palm is working dilligently in this area and will be releasing more of its SDK to developers to tinker with, fortuately for them the market is still open since Android market has yet to be a profitable market for developers, but the clock is tick tick ticking Palm.
at 3:00 PM No comments: