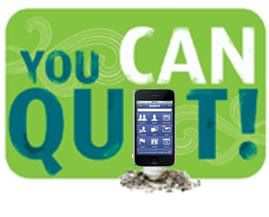 Apple has an approval process used to screen apps before they are allowed on the App Store. This is all good and fine and many developers have even come to accept this as a quality control measure, ie. approval signifies that their app is up to Apples vaulted standards.
Now this would be the end of the story if Apple’s approval process actually made sense, or there was some type of published guideline that tells developers which apps are acceptable and which are not. Instead Developers have to piece the puzzle together based on what has been accepted or rejected in the past. For example, Apple approved Skype, after rejecting GoogleVoice months before. Okay, there is no excuse for “Baby Shaker” but come on, “Booty Call” is not acceptable? (Booty Call was later resubmitted and accepted as Black Book Caller.) 20 Rejected iPhone apps - Newsweek
The inconsistencies have cause Facebook developer Joe Hewitt to call it quits. Mr. Hewitt is not your average developer, he was the guy who wrote the first Facebook application, without any documentation, 12 hours after the original iPhone launched. Joe then released a library for other app developers who wanted to make iPhone apps that actually resembled native iPhone apps.  He had this to say about the situation:

“My decision to stop iPhone development has had everything to do with Apple’s policies. I respect their right to manage their platform however they want, however I am philosophically opposed to the existence of their review process. I am very concerned that they are setting a horrible precedent for other software platforms, and soon gatekeepers will start infesting the lives of every software develope

The web is still unrestricted and free, and so I am returning to my roots as a web developer. In the long term, I would like to be able to say that I helped to make the web the best mobile platform available, rather than being part of the transition to a world where every developer must go through a middleman to get their software in the hands of users.”
– Joe Hewitt

Don’t panic, Facebook on the iPhone is not going anywhere, but Joe’s departure on the grounds of philosophical differences could be the catalyst for change in Apple’s policies. This issue raises some questions in my mind such as; whose iPhone is it really? How much ownership do we really have over our iPhones? Is it fair for Apple to tell us what we can and cannot do with a device after we've bought it? What do you think?